Last night the 8th grade B volleyball team played their final game of the season against Coldwater and won! This season they were 6-1, way to go! Melia Piloske went 21/24 at the service line with 11 aces, Christy Mazur had 7 hits with 4 being kills and Lauren Mohlman had 6 assists. The girls gave it their all and have improved tremendously these past five weeks. They should be so proud of themselves. Even though this season was cut short they stayed positive and persevered. Go Mounties! 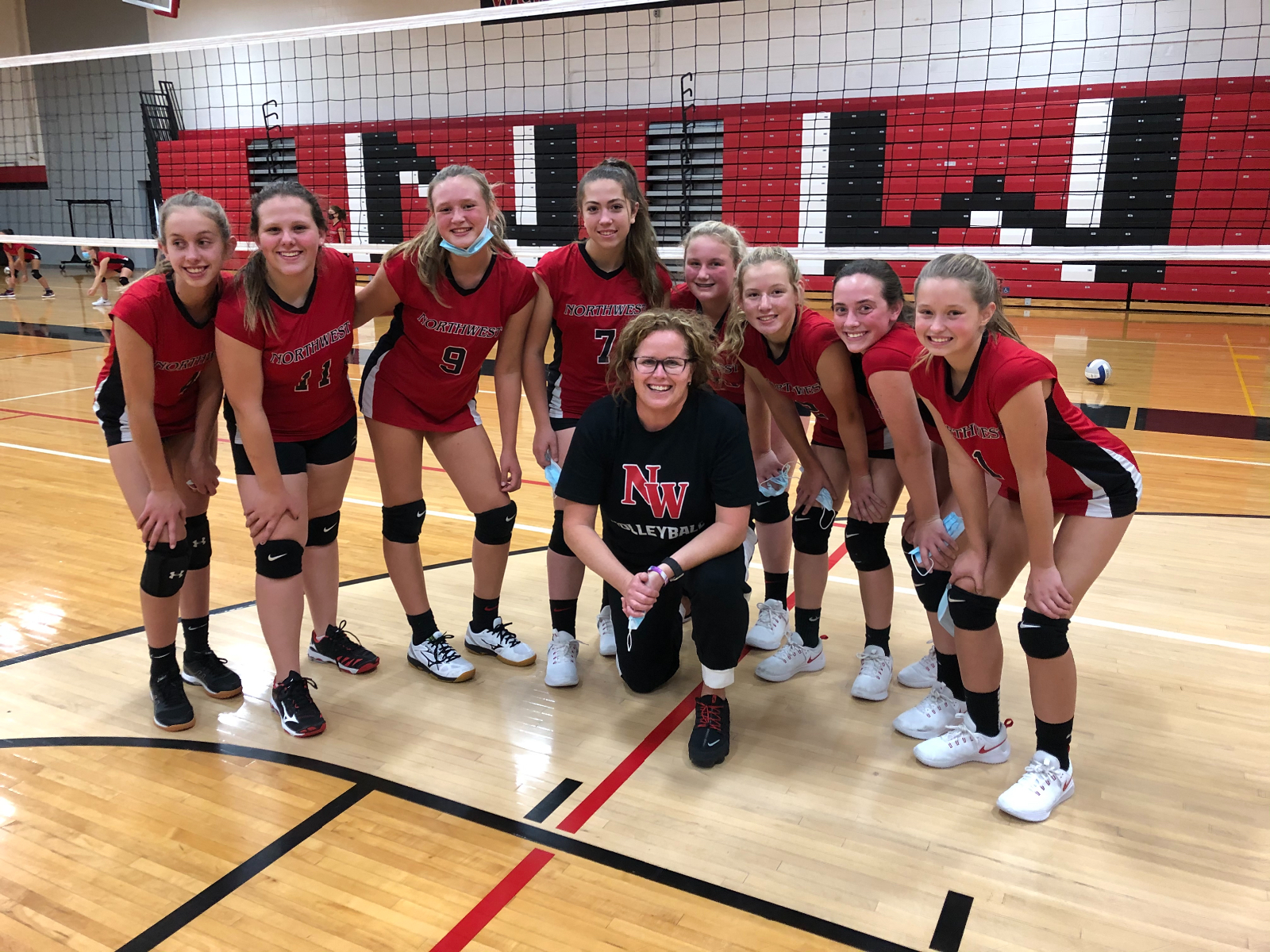 8th grade A volleyball team closed out their season with a win against Coldwater winning all three of the games.  Strong serving by Ari, Brooke, Addi and Liv combining for 30 points.  Emma and Brinley got the job done with their back row passes and being in the right spot for some tough digs. Lucy and Brooke contributed 16 hits and 3 kills and Ava had 4 assists and set the ball up 23 times for her hitters. Our season record was 6 wins and 1 loss and I want the girls to know what a pleasure it was to coach them this year!  They represent Mountie Nation well.